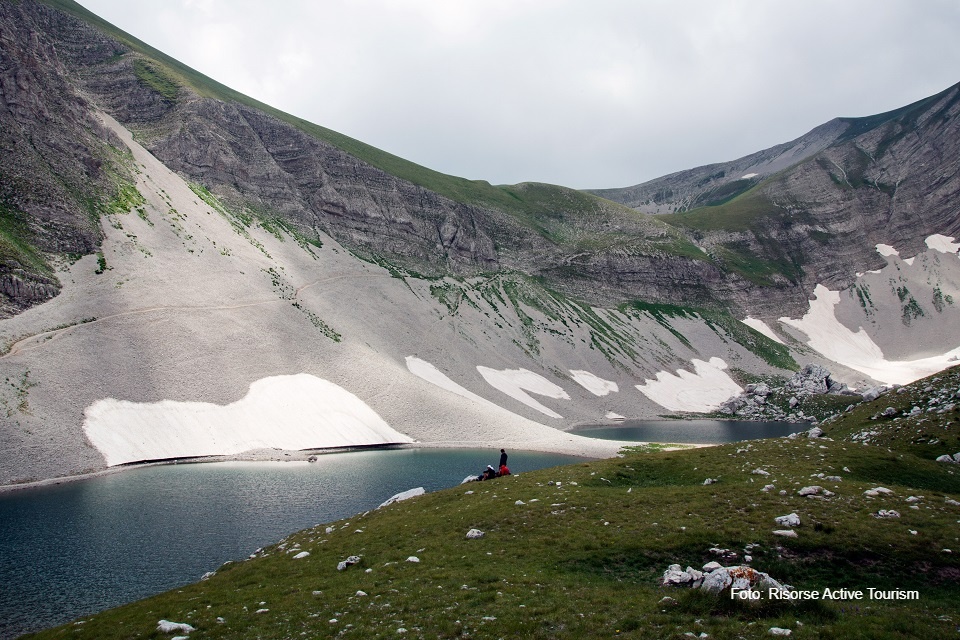 We will lead you in the Kingdom of the witch Sibyl, where magic reigns supreme and where the boundary between reality and fantasy is lost in the wind. An itinerary that combines trekking paths and yoga practice that becomes a challenge for the spirit between power of external suggestion and inner mind control

1 DAY  MONTEFORTINO
Arrival in the farmhouse in the early afternoon, check in and welcome cocktail. In the afternoon first session of yoga practice. Time at disposal. Free dinner. Overnight
2 DAY  THE “INFERNACCIO” GORGES
Breakfast at hotel. Morning dedicated to the excursion to the Gorges “ Dell’ Infernaccio”:these are natural gorges formed by the river Tenna, between the most evocative of the Umbria-Marche Apennines. The itinerary encompasses very different environments: it goes from impressive Gorge “dell 'Infernaccio” with its vertical walls and the turbolent waters of the river Tenna, to the centenary beech forest and Hermitage of Saint Leonard, a place with a thousand-year history from which enjoys a magnificent view. Free lunch. Return to farmhouse, In the afternoon session of yoga practice. Time at disposal. Free dinner and overnight.
3 DAY  THE  PILATO LAKE
Breakfast at hotel. Departure for the excursion to Pilato Lake: the only natural lake in the Marche and one of the very few lakes glacial alpine type present in the Apennines. What makes it unique is the presence of the Chirocefalo del Marchesoni, a small red crustacean measuring 9-12 millimeters and swimming on the back, and that only here has it found its habitat suitable for its existence. In popular tradition the lake is considered a magical and mysterious place: it takes its own name from a legend according to which in its waters the chariot with the body of Pontius Pilate would have fallen from buffaloes. Free lunch. In the afternoon return to farmhouse and yoga session. Time at disposal. Free dinner and overnight.
4 DAY    THE CAVE OF THE WITCH SYBIL
Breakfast at the farmhouse. Excursion to Mount Sibilla, the top which gives its name to the whole Apennine chain of the Sibillini Mountains and which is closely linked to the myth of the Apennine Sibyl, the witch living in the homonymous cave located nearby the summit,  that for centuries has covered the height with legend and mystery. The excursion starts from the Sibilla refuge at 1,540m above sea level and continues until the entrance to the cave of the Sibyl, located on top at about 2173m above sea level, with exceptional views in all directions. ACTUALLY THE ENTER OF THE CAVE IS CLOSED DUE TO A COLLAPSE OF THE ROCK. Packed lunch. Return with yoga session during the descent or alternatively in the hotel. Time at disposal. Free dinner and overnight
5 DAY    SANCTUARY OF “MADONNA DELL’ AMBRO”
Breakfast at hotel. Morning guided tour of the Sanctuary of the Madonna dell 'Ambro, where the pagan rite of the Sibyl converts into the Christian one of the Virgin: the Sanctuary originated from the apparition of the Virgin to a little girl named Santina deaf and dumb since her birth. The location  in a valley surrounded by mountains and close to a river, the origin of the apparitions, the characteristic of the territory, where the rock is the main element, bring the Sanctuary very close to the most famous of Lourdes, so that this in the Marche is also called the "Little Lourdes of the Marches ". At the end sightseeing of the the fortified village of Montefortino. Return to farmhouse. End of services

4 nights in a farmhouse

4 private YOGA Sessions only for the group

Meals and drinks not declared in itinerary

Entry tickets  to museums and places of visit

Supplement for high season and holidays